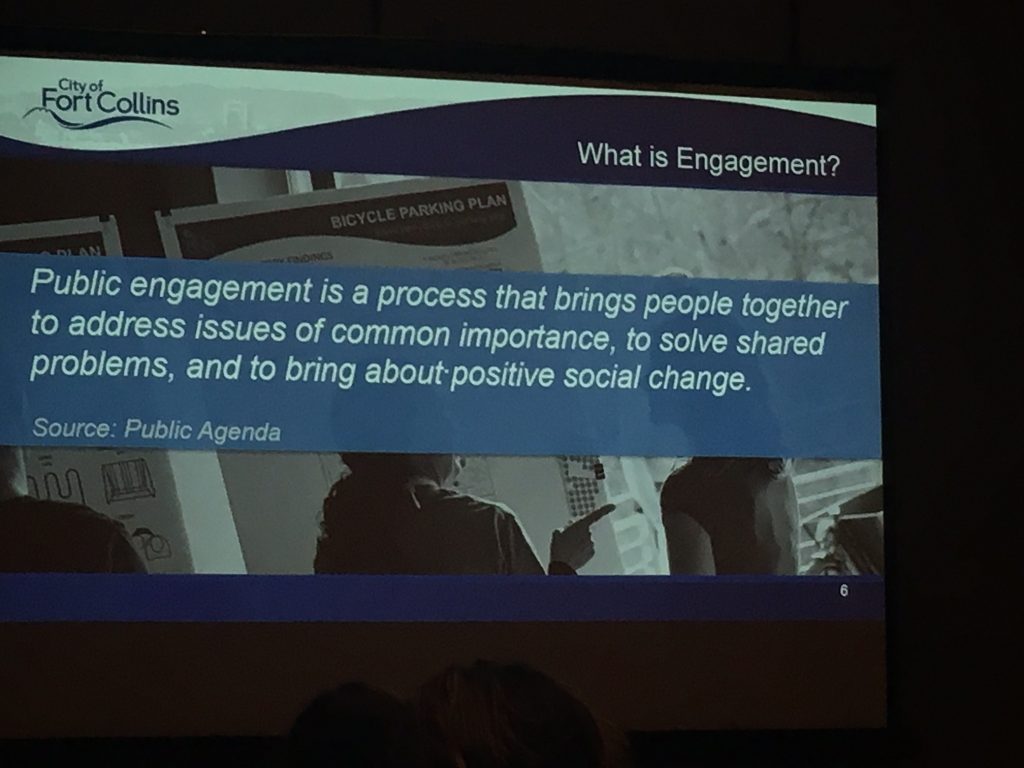 Rebuilding trust in American democracy was a central theme among public communicators who gathered at the City-County Communicators and Marketing Association (3CMA) www.3cma.org conference Sept. 6-8 in Anaheim, Calif.

#3CMAAnnual: “How can local government earn trust in the era of fake news?”

Explaining the “why” as part of a sustained story is a better strategy than regular blurt-outs to engage with the public, said Santa Monica City Manager Rick Cole in the opening conference session. Invest in the time to develop key messages. Think about the way people feel about their government. He urged local government communicators to define the WHY to stay relevant. “Our customers own us — and need to know not just what we do, but why.”

“This is a two-way street,” Cole said. “We can’t keep saying ‘Government has got this.’ We need to work together.”

Cole spoke about restoring pride in public service and fostering civil discourse. Intent on assisting a rebirth of citizen engagement and local democracy through these 3CMA attendees – public information officers, communications managers, videographers, multimedia producers and more – he went on. No powerpoint presentation.

Amazingly, he led the group of about 300 conference attendees in singing “America the Beautiful” in an emotional moment. Everyone rose to their feet in a burst of song. (View video here)

#3CMAAnnual: “As governments, we have an illusion as a monopoly that we will always exist.”

Another central session focused on “Navigating the Era of Alternative Facts: Restoring Trust and Trust in the Media and Government.” Apparently, trust is at an all-time low among four key institutions – business, government, NGOs and media.

More than 50% of the U.S. general population believe our government system is failing, according to Kety Esquivel, a senior vice president at Edelman. She shared results from the 2017 Edelman Trust Barometer (view results here) that showed a broad decline in trust by the general public across government, business, media and NGOs. From the study, government is the least trusted institution in half of the 28 countries surveyed. Data from the Pew Research Center show similar trends of near historic lows in public trust of government (view results here).

#3CMAAnnual: “When folks are in a fearful state, it’s much more difficult to get messages through to them with communications.” –Kety Esquivel

How do we manage the struggle between misinformation versus disinformation? Media literacy among the public is one way, and holding journalists accountable is another. Public communicators also have a responsibility to provide clear, understandable and accurate information about their governments.

Xavier Higgs, journalist and past president of the National Association of Black Journalists (Los Angeles), challenged the group. Thanks, just the facts please.

“The more precise the information, the better off the public will be – and, as an advocate of the general public, it’s your responsibility as a PIO to provide the facts. You are the expert, I am not. I collate information and disseminate that. My expert witness is you.”

Yet, this is not always what occurs, from his account: “There’s a game we all have to play. There are things you can’t tell me, and there are things I want to know that you feel cannot be released.”

#3CMAAnnual: “The role of civic communicators: to rebuild trust in democracy. The power of delivering reliable info.” (Rick Cole)

We as public communicators believe that an informed public is critical to the functioning of democracy. We also recognize that public information can be manipulated today. One of the most toxic effects of misinformation is to encourage distrust and apathy. How can we ensure that the public information (and invitations to engage) – in many new forms we create – is relevant, objective and impartial? I hope we continue to ask this.

It was an excellent conference – with more strategy, soul searching and commitment to listening. While acknowledging the challenges of a cluttered media landscape, public mistrust and outdated structures, we also shared new resources and tactics to make real connections between people and government.

Interested in more? Check out my last post about the loss of many local newspapers, which can be part of the problem of news reporting and trust regarding local matters. (View post here)

One Response to “How Can Local Government Earn Trust in the Era of Fake News?”