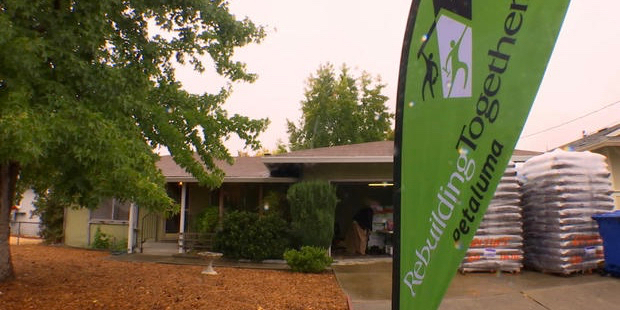 My last post argued that we should think of the role of local government in communities more in terms of “barn raising” than the more transactional metaphor of a vending machine. This idea was put forth in the great book Community and the Politics of Place by former Missoula, Montana mayor Daniel Kemmis, and later picked up in a popular article written by Frank Benest, former city manager of Palo Alto, California. The crux of the notion is the need for communities to move away from an “us” and “them” relationship between citizens and community organizations on the one hand, and local government on the other, and rather think of local government as a key community institution that is both part of and an extension of the community.

Thinking in terms of the barn-raising ideal, citizens think of themselves as citizens (as opposed to customers), with responsibilities to the community. Public servants think of themselves of what Professor Terry Cooper (USC Price School of Public Policy) has described as “citizen administrators” with a deep sense of responsibility to the community. And so when issues in the community need to be addressed, an ethos of “we” pulls people and institutions together, an ideal the image of a barn raising evokes.

When I wrote about this a few weeks ago, I received a request from my friend (and champion of community engagement), Melody Warnick to showcase examples of that barn-raising model in practice. While the idea seems appealing in the abstract, is it realistic? I think it is, though I believe that having such a culture community-wide is not something that can be imposed from the top-down. Rather, it is something that can emerge over time, as micro-actions compound into macro culture change. Such is the case of Joe Garcia, a code enforcement officer in Petaluma, California and the challenge presented by Albert Pericou’s dilapidated property.

When properties violate local codes for housing and property maintenance are subject to fines, and in serious cases can lead to eviction orders and properties being condemned. These laws not only protect neighbor’s property values, but also are for the health and well-being of residents. So local governments hire code enforcement officers to inspect properties and issue citations. However, when Joe Garcia, a code enforcement officer for Petaluma, California, came across Albert Pericou’s run down home and property, he didn’t issue a citation. He could see that the 89 year old veteran did not have the means to make the repairs. So Garcia, as he’d done before, turned to a local non-profit, Rebuilding Together, that helps low-income people with home repairs. [Read more about this story here.]

The work needed was extensive, beyond the means of the non-profit. They turned to the local Home Depot who quickly donated $10,000 and helped dispatched a team of volunteers that were met with “dozens of other contractors, firefighters, police officers, and city employees” who in a short three-day span gave the home and property a makeover.

It is a heartwarming story to be sure, but it is also a tangible illustration of what a barn raising approach to local government and community building looks like. City staff share a civic ethos with other members of the community, individuals as well as non-profit and for-profit organizations. They come together to address a community need. Is this the norm in Petaluma? I don’t know. But it does seem like a nice starting point for picturing how you build a “barn raising” community one very human interaction at a time. Experiences like these tend to have a compounding effect, producing increasing returns to scale.

This post can also be found on the Community and Economic Development in North Carolina and Beyond blog.