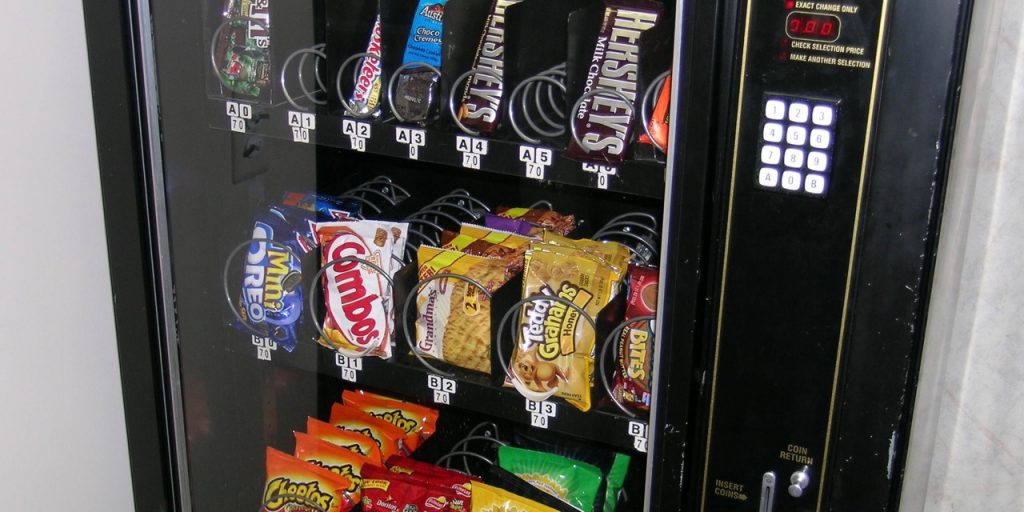 Benest writes, “The vending machine is somewhat mysterious: people do not know precisely how it works. They drop in 25 cents in taxes or fees and expect the machine to dispense at least 25 cents in services. When the machine does not work to everyone’s expectations, people start cussing at it and kicking it. Sound familiar?” Under this transactional model, local government is (at best) on the periphery of community building. It is a resource residents use, not unlike a gas station or grocery store. Benest points out that such a model views citizens as passive consumers, with no particular allegiance to their government, or to each other for that matter. 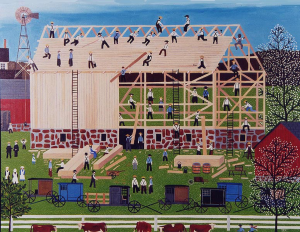 A better metaphor, argues Benest, would be a barn raising that is common in Amish communities. This image, utilized by Daniel Kemmis in his classic book Community and the Politics of Place, views government as a partner in community building. According to Benest, “The barn-raising approach promotes citizen responsibility as opposed to the passive consumption of services. When confronted with a problem, people do not ask, “What is government going to do for us?” Rather, they focus on “What are we going to do?”

Benest was writing in the 1990s and really was at the leading edge of thought when it comes to this question of local government role in community building. As time has gone on, the barn raising model has become more widely embraced by local government managers and local elected leaders alike. For example, the International City/County Management Association (ICMA) has promoted a strong barn-raising, community building model for practice for some time now. The extensive report titled “Connected Communities: Local Governments as a Partner in Citizen Engagement and Community Building,” published in 2010, captures this perspective well. Similarly, the National League of Cities has for over a decade now strongly embraced civic engagement. For example, consider this language from the NLC website: “Broad participation by residents in government and public life strengthens democracy and governance at the local level, resulting in a more informed and inclusive community built on trust that can more effectively meet the needs of all stakeholders.”

But the barn raising frame is not universal. The transactional, vending machine model still persists in (at least) American culture. Rhetoric that pits citizens against government, an us-them mentality, is still popular as evidenced in op-ed pages of local newspapers or grousing threads on social media.

Yet when you closely examine resilient communities, places that seem to have a collective growth mindset, places that people like to call “home,” what you will find is more of a barn-raising culture. Strong communities are less us-them and more “we the people.” Such communities are not without their problems; it’s just that they approach their problems from a barn-raising perspective, one that is transformational as opposed to transactional. Local government is not only an integral institution of the community, it embodies, expresses, and elevates community.

Could it be that a primary factor separating resilient, vibrant communities from those that are in decline is the civic culture, and by extension, the way that culture views local government and the way local governments view themselves? I think so. Certainly there are other macro-factors involved. Of course the reality is less binary, as there may be aspects of both perspectives active in any given place. But I do think the metaphors employed by Benest, contrasting these two perspectives, offer a helpful way to think about the role of local government in community building and civic engagement. I think it provides a great question for residents and local government leaders alike to ask themselves. Which image best describes our local government? A vending machine? Or a barn raising?

This post can also be found on the Community and Economic Development in North Carolina and Beyond blog.

4 Responses to “Vending Machines or Barn Raising: The Role of Local Government in Community Building”