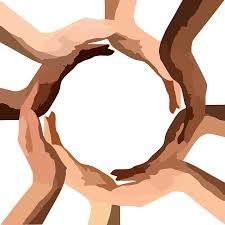 We welcome Dr. David Campt to the CELE blog. David lives near Eden, NC and works across the U.S. on many community engagement projects.

This article is the second in a two-part series that reflects my experiences in designing and facilitating meetings on police-community relations. Part 1 reviewed a meeting were a group of black ministers were thinking over their options for what kind of meeting they might want to have and who might be invited. This article (Part 2) will review my approach to dialogic meeting design, including some specifics about ways to ask and sequence questions to foster engagement and empathy.

A few points to note:

In a small- or medium-size diverse group, this framing is likely to allow people with variety of experiences to add their experiences to general awareness of the group. One factor to consider is the degree to which the setting might inhibit some people from expressing themselves, which might cause a distorted picture of police-community relations.

In settings with more than a handful of people, some method of polling the audience  – especially anonymously – can be very valuable. Audience polling technology makes it possible for people to let the group know that some experiences are present without having to publicly summarize the experience in the entire group. One polling question that I have used to highlight that fact that people have vastly different experiences in police community disconnects is:

How many times in the last 7 years have you seen police behavior that you would describe as abusive?1) never 2) once or twice 3)  few times 4) some times 5) many times?

Inevitably, there will be a diversity of answers on this question, and it is useful for the group to see this. With groups of 20 or more people and where the polling system has the ability to show cross-tabulations, a great deal of learning can be gained from the cross-tabs on this question.  On more than one occasion, I have used the cross-tabs feature to cut this data by person “of color” versus “white” status. Each time, a much higher portion of POCs are have seen problematic behavior more frequently. This fact is sometimes experienced as a shock to some white people. It is noteworthy that asking such questions also reveals that some folks of color have not seen problematic police behavior, and that some white folks have seen significant amounts of it. This recognition is useful for folks on all sides of the issue to see.

Depending on the amount of time that you have, it may be useful to provide an on-ramp to this dialogue about current experiences. Specifically, I have found that asking people about formative experiences can often be very useful in building connections between people and in helping people see that the way that we experience incidents now might be shaped by things that happened long ago. For instance, a question about previous perspectives and experiences can help people see each others’ perspective in context.

A question like this gives people a platform to talk about what their parents taught them about police, or about early experiences they had that might be formative. In one dialogue, one senior black men talk about being a child and seeing the police protecting the KKK as they marched though his town. This comment was helpful in helping the white people in the room expand their understanding of why some people of color might have had a lifetime of seeing the police that is does the opposite of protect and serve.

Phase 3:  Probing the Reasons why People’s Experiences are Similar and Different

Primary Design Challenge: Help participants begin constructing a shared view of the social dynamics that explain why they are having similar and divergent experiences.

It is this phase of the dialogue that requires the most skill, since it is the sense making phase that involves getting the group to go from their set of experiences to perhaps re-examining aspects of their worldview. An example question that a facilitator might put to the group is:

What do you think is going on such that there are so many diverse experiences and perspectives about the police in the conversation?

The core challenge here is to try to construct a new shared perspective on police-community relations and not simply revert to explanations that invalidate or minimize each other’s point of view.  This effort will be more likely successful if the Phase 2 conversation surfaced the fact that people from different groups often have a very different set of experiences about police.

A key dilemma in this phase is how much the facilitator focuses attention on explaining or referencing concepts that are useful in making sense of the situation. The term “institutional racism” is a prime example of such a term. However, unless most of the white people present are liberal, there very may be some significant portion of white folks who will be a combination of ignorant of or resistant to this concept. The task of the facilitator is not let the dialogue become an unproductive argument about terms, but continue to help the group struggle to create a somewhat coherent explanation of what is going on that accounts for their divergent experiences.

Phase 4: What, if anything needs to be done?

Primary Design Challenge: Helping the participants have a conversation that feels sufficiently to those who came to the meeting favoring action and those who came thinking no changes were needed

The issue of action is one that exemplifies the complexities of the tasks of designing and facilitating dialogue that strikes a balance between issues in tension. People do not want to meet just for the sake of meeting – they naturally want to see that action is taken on issues of concern. At the same time, sustained actions emerge out of people recognizing over time that not only do that have both common interests and perspectives and relationships that can sustain cooperation over time. But given that people often come to dialogues with vastly different experiences and understandings of the police-community relations problem, it is very difficult to move from these divergent perspectives to sustainable common action in a short period.

This is why my strategy is to frame the action question in a contingent way. Such a contingent  framing does not presume that something must be done, but rather raises to the group that taking action is a possible choice, just as is doing nothing. Such a framing is also valuable for the long-term reputation of the convener of the meeting; in most cases, it is important that the meeting conveners and facilitators not be perceived as pushing people to act or as keeping people from doing so.

Depending on the amount of time that you have, one way of further delineating the action question is to break it into three possibilities

One result that often happens from meetings in which people first come together to wrestle the topic is that they conclude that more talking is necessary. To me, such a conclusions can be regarded as a big success. Problems related to police-community relations are usually quite thorny and are not likely to be solved quickly – but they are more likely to be solved with additional resident engagement. If a dialogue puts several participants in the mindset that these problems are real and not intractable, the conveners, designers, facilitators of such events will have succeeded.