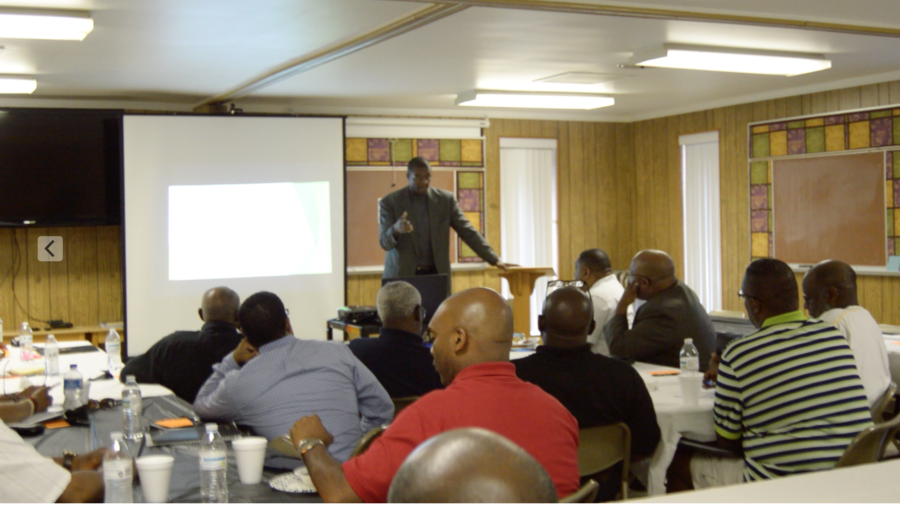 We welcome Dr. David Campt to the CELE blog. David lives near Eden, NC and works across the U.S. on many community engagement projects.

For example, there could be significant value in an all-black meeting that helps civic leaders clarify the nature and extent of tensions between black residents and law enforcement.

Conversely, a meeting that included black and white civilians productively discussing their similar and different experiences with law enforcement – whether police were there or not –  might be useful in its own right was well as provide a on-ramp to other conversations that might build bridges between disparate racial groups.

I shared with the pastors my general analysis of some of the relevant considerations about which civilians to include.

Of course, each of these possibilities will have advantages and complexities that are locally specific. Similarly, the question of whether police should be included or not has some general considerations that I reviewed; again, a full and accurate a full analysis must be grounded in local realities that only local people will know.

Removing the advantages and disadvantages, the choice about publics and stakeholders can be boiled down to a two by two matrix.

As you will see, this matrix was useful in shaping the second half of the meeting.

Question 2: What kind of meeting should take place?

To think this question through, I reviewed a framework of analyzing meeting dynamics from my last book, Read the Room for Real, that is very simple but that many have found clarifying. The framework provides an easy conceptual model for thinking about any particular moment in a meeting and what mode of communication is happening in that moment.

The framework posits that any moment in the meeting can be considered to being primarily in one of three modes:

The model is useful for thinking not just about moments in a meeting, but also can be useful for classifying the overall meeting, since many convenings are dominated by one mode of interaction.

Thus, one can think about the variety of meetings that occur about police community relations in this framework.

Here are some advantages and complexities of these different modes of meetings that seem true to me generally and that I offered to the pastors.

The goal of sharing my general thoughts about this was not to guide their thinking towards a particular outcome, but to help them see that the different approaches to the meeting might have numerous trade-offs across multiple criteria.

In order to have a small group conversation that would engage them, I did a short polling exercise to find out which meeting mode of the 2 by 2 stakeholder matrix they were most interested in discussing. Here is the result of that vote.

Notice that 69% of the group (options 3 and 4 combined) wanted police at the meeting, with about half split between those wanting it all black and a racially mixed group. Also notice that 56% of the group wanted an all-black meeting, and they were about equally split between those wanting police present and not wanting police at the meeting.

The meeting then broke up into three small groups focused on the three most popular stakeholder combinations. Each group’s task was to clarify at least four of the most compelling reasons for structuring the gathering this preferred way and two of the most two important disadvantages of their preferred approach. The purpose of nudging them to think of the disadvantages of their favorite approach was to help improve their future dialogues as a team about the trade-offs between different approaches.

After the report-outs from the group, I conducted a process of three polling questions that I often use to help groups wrestle with different criteria they might be using against a set of options. This sequence, which I called the “3-E question Scrub” involves asking the group to assess a set of options against three questions (the three E’s are efficacy, ease, and enthusiasm)”

Here are the results:

The entire room laughed when saw the contrast between questions 1 and 2.

Overall, I would rate the level of engagement of the pastors during the meeting as very high. Though this informal group of pastors were hardly professional meeting strategists, I felt like they were able to fully wrestle with the fact that different approaches to engaging stakeholders and designing meetings have different implications for meeting organization, design, facilitation, and best-case outcomes.

This meeting happened on August 2. The pastors will meet again to decide their next steps.

Some questions I would be interested in getting feedback on from readers are:

I have a great deal of experience in designing what might be described as crosstalk meetings in the framework above. Of course, there are many ways to design a dialogue meeting.

In Part 2 of this blog, I will go into some depth about an approach I have found to be successful all across the country. I have used it in settings that included police officers and ones in which police did not participate.

One Response to “Using Public Convenings to Advance Police Community Relations. Part 1: Sorting Through the Options for Meeting”