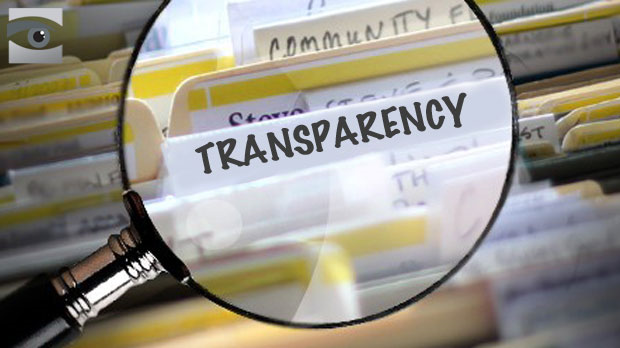 As we’re constantly told, this is The Age of Big Data, and tapping into that monstrous yet murky term indeed has the potential to revolutionize the way organizations function, particularly when it comes to finances. Local government and other public entities are no exception.

Indeed, many are increasingly publishing reams of financial data, like procurement contracts, salaries, and details of their various budgets. Some of this is still done in old-fashioned ways – many of us know how frustrating it is to mine data from PDFs of scanned documents, for instance. Yet even when Big Data is made available by governments in a standard format, with accompanying APIs for coders to freely draw from, and with aesthetically pleasing visualizations, is that enough?

No, that is not nearly enough.

What is financial transparency?

At its core, financial transparency is about disclosure: making sure that an entity’s books are open and, ideally, searchable. This, in theory, promotes public accountability of taxpayer money. While some would argue that the current legal financial disclosure framework (case in point: the dreaded Comprehensive Annual Financial Report [CAFR]) is sufficient, it is largely comprised of a web of documents that are created by accountants, intended for other accountants, and okayed by auditors (who are also accountants) following guidelines from an organization with perhaps the least exciting name ever: the Governmental Accounting Standards Board. A typical CAFR begins with a table of contents listing the names of funds as diverse as the Supplemental Environmental Project Fund and the Digital Automated Red Light Enforcement Program Fund, and continues with, literally, hundreds of tables detailing yearly assets, liabilities, and cash flows (think of your high school financial planning class, just with a million times more detail).

This is difficult stuff for even CPAs to grasp, let alone average citizens whose tax dollars are being described in such granular detail.

What of when this financial data is converted into clickable tables and charts? Now we’re getting somewhere. Most current financial transparency efforts focus on this: converting a public entity’s balance sheet into interactive, colorful graphs. This is a big step forward, allowing residents to more easily navigate a responsive, well-designed website in search of the answers to such questions as “How much property tax revenue does my school district receive every year?” or “How does my city’s current year Parks and Rec spending compare to that of previous years?”

Yet, play around with a typical financial transparency portal and you’ll eventually realize two things: 1) the information is still kind of overwhelming, and 2) there’s no actual place for citizen feedback.

In short, for all the sexy graphs and interactive web design, residents of most public entities across the world still don’t have meaningful opportunities to UNDERSTAND and PARTICIPATE IN budget processes. What’s missing is civic engagement.

Civic/public engagement means getting community members involved in the decisions that affect their daily lives. It’s not a replacement for representative democracy – people shouldn’t be expected to vote on every decision a public entity makes – but it’s an invaluable complement to it, promoting trust, leading to more effective and equitable outcomes for all population groups, and helping to develop the next generation of local leaders.

World Bank digital engagement scholar Tiago Peixoto has written at length about the difference between transparency and actual public participation/civic engagement and illustrates it nicely with a simple four-step accountability cycle:

Even in the best case scenario, where open data initiatives are well-publicized and covered by the media, fiscal transparency only covers one-half of the accountability cycle. The rest is down to civic engagement efforts and official mechanisms for translating them into concrete action.

Building engagement on a foundation of fiscal transparency

What’s actually needed to get citizens involved with government and to work hand-in-hand to solve shared problems, particularly around the budget? There’s no magic bullet or killer app. Publishing financial information in an easily digestible manner is certainly a prerequisite, and I applaud civic technology companies for making this step easier for public entities. A great example of a potentially game-changing fiscal transparency effort is the State of Ohio’s “Open Checkbook” platform which will soon list everything from departmental travel expenses to sick leave compensation from schools, villages, towns, cities, and counties across the Buckeye State. This type of more accessible financial information is not just useful for residents, but for public employees too, who often have as difficult a time processing nearly-indecipherable data tables.

Some examples of data visualizations on OhioCheckbook.com

But real civic engagement often also takes a bit of creativity, not to mention a willingness to move past one-way information platforms into two-way feedback mechanisms. It frequently happens early, well before a certain decision is to be made, or months before a budget has to be submitted. It is sometimes done through well-organized public meetings, occasionally with the help of online tools that spur on discussion, and every so often with a blend of both (which I very much recommend). Finally, meaningful civic engagement has to entail more than just lip service from public officials, and should be coupled with clear, equally meaningful processes by which people’s voices and budget priorities are translated into concrete actions.

To make the difference even clearer, here’s my attempt at a simple table illustrating the various features of financial transparency and budget-related civic engagement.

Did I get it right?

Are the two more similar than I make them out to be?

Or is the gulf between financial transparency and engagement even wider? Let me know!

7 Responses to “Financial Transparency is Essential, but not the Entire Solution”