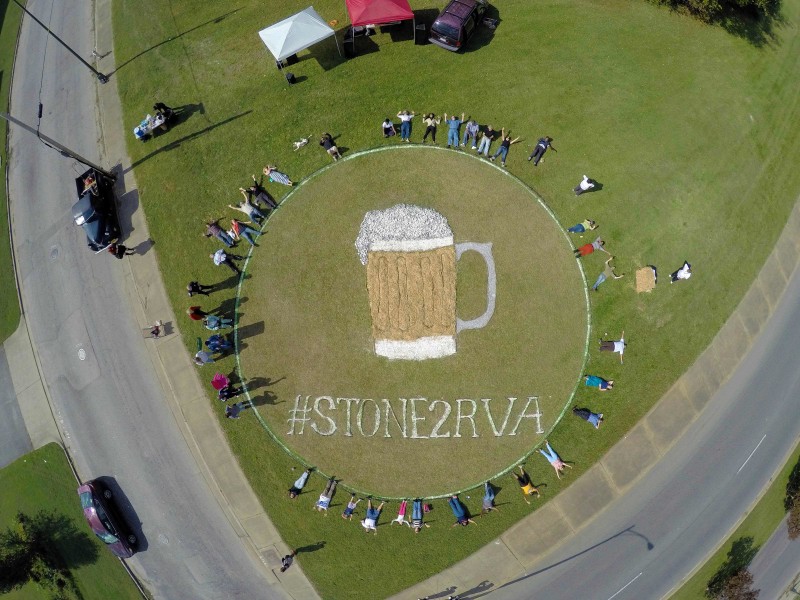 In the summer of 2014, San Diego-based Stone Brewing Company sought to find a site to open an east coast production and distribution facility. Stone targeted a few cities in Virginia, Richmond being one, as possible locations.

The City of Richmond Economic Development Office, city officials, local politicians and many others worked to lure Stone Brewing to one of the two Richmond locations in which the company had shown an interest.

But it was neighborhood residents who caught the attention of Stone’s team, and who ultimately impacted the company’s decision.

I was first introduced to the residents of Greater Fulton in 2010, through my role as executive director of Virginia Local Initiatives Support Corporation, a local office of a national community development nonprofit dedicated to helping neighbors build strong communities.

We helped Greater Fulton residents create a vision for the neighborhood. Through the process, the once vibrant neighborhood–devastated by urban renewal activities in the 1970’s and the flight to the suburbs in the 80’s and 90’s–found its collective voice.

Together we identified wanted changes and developed strategies to address the lack of transportation and health care access and the distressed business corridor.

We developed a plan and established work teams of residents and community partners. Greater Fulton residents began to be heard in City Hall, resulting in improvements to their streets, sidewalks and lighting.

Resident-led business attraction strategies brought three new businesses to the corridor. And a new bus rapid transit line being discussed regionally was proposed with a stop near the neighborhood.

Then along came the possibility of Stone Brewery and with it, 200 production and technical jobs. As word spread that a site in Greater Fulton was a finalist, resident angst and excitement bubbled. The city and state economic development departments worked on monetary, tax and other incentives.

However, neighborhood resident input was not solicited.

Feeling that this was their neighborhood, the now close-knit community called meetings to discuss and consider the brewery operations. Residents formed a task force to speak on behalf of the neighborhood and reach out to Stone Brewery’s leadership team. The task force included civic association leaders, business owners and community stakeholders. They wanted to both have their questions answered and find a way to get Stone’s attention by being “welcoming.”

Competition for manufacturing and production facilities in urban areas is keen. Through social media and local beer aficionados, Richmond discovered that the other two cities in the running were hosting block parties and beer fests to attract this major craft brewing company.

But that was not Greater Fulton’s style. Engaging a well-known neighborhood artist to design and direct their work, 50 residents created a 40-foot frothy beer mug out of hay and stone on the very site under consideration, citing the hashtag #STONE2RVA, popular with local beer enthusiasts. An aerial photographer and local news crews captured the moment from a drone.

Residents also produced a short video, welcoming Stone Brewery and describing their affection for their neighborhood. Both the news footage and the video were brought to the attention of Stone Brewery executives who posted it to their website.

Four days later during a visit to meet with Richmond City officials, Stone Brewery executives met with the neighborhood. And as they say, the rest is history.

Greater Fulton’s neighborhood voice was the final incentive in attracting a job-generating company to Richmond.

The company and the neighborhood continue to meet, and together, they have established a Stone Advisory Council, setting the stage for future dialogue with a new corporate neighbor.

Candice Streett, Executive Director, Virginia LISC has worked for twenty-five years managing housing and community development activities for state and local governments and nonprofit organizations. Prior to joining Virginia LISC in January of 2010, she served as the Deputy Director of Virginia Supportive Housing where she managed the real estate development and property management teams for nine years. She previously served as Associate Director of Housing for the Virginia Department of Housing & Community Development. Candice holds a Bachelor of Arts in Economics from the University of Maryland Baltimore County and completed graduate coursework in public finance with Johns Hopkins University. She is a 2010 graduate of Neighborhood Works Achieving Excellence in Community Development Leadership Program with Harvard University’s Kennedy School of Government.