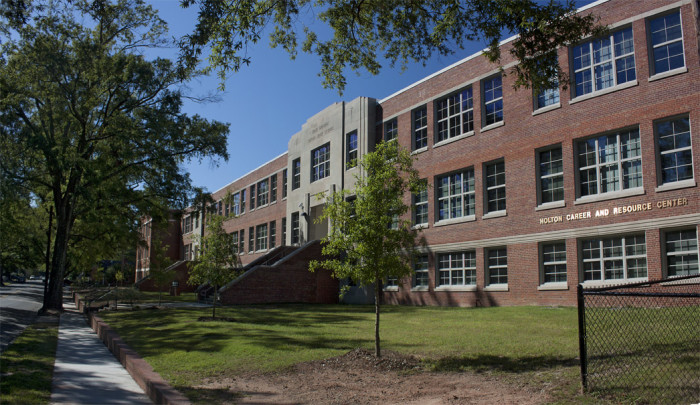 As a community organizer part of my responsibility is keeping the community updated of job opportunities that might come available for them. In order to do that, I must have the best information out there about the jobs, the applications and the hiring process. I must rely on city and county employees to give me the information and know that information is correct. I also must, when working with them, depend on them to do what they say and mean what they say. An example: There are some job opportunities coming to Northeast Central Durham with the construction of the East End Connector. I was told of the process and that there would be some help with the application process along with some screening for these jobs. I carried this information to the community in Northeast Central Durham and invited people to this event.

Everything started out great. The people were greeted and then guided to the room where the event was to be held. It was there that things went wrong. The people were given a short form to fill out and then told that there would be jobs available, but they didn’t know when. The people were told that they would have to sign up and create an account with NC Works and that they should go home and do this on their computers. Mind you, this event was held at the Holton Career Center, which is a satellite center for NC Works, so there were plenty of computers available. The event was to last from 9am to 12pm. There was no pre-screening, and people that attended said that it was a waste of their time.

I spoke with the Director of Office Workforce Development and shared my concerns about what had not happened with his staff. I suggested that folks be registered at the event, that NC Works help them with their résumé; that he should find out when the hiring process will really start and that the other two staffing agencies be invited to speak with the folks that were coming to sign up for NC Works. Another event was planned for the next evening.

As a community organizer, I must depend on my word in the community to build trust and to get people to come out to participate in community events and programs. When a potentially helpful event like this doesn’t live up to its promise it can feel like my efforts are being undermined.

I am Stephen Hopkins; I’m a 58 years old single father living in Durham North Carolina. I was born here and love the County and city of Durham. I have served on several city boards and have been a community leader for many years. I was a member of the Durham Housing Authority Board, Durham Housing Appeals Board and the Durham Homeless Serves Advisory Committee. I’ve held community leadership positions as PAC 1 Co-Facilitator, Durham’s NAACP Housing Chair, Few Gardens Resident Council President, The Old Five Point Neighborhood President, Co-Facilitator for the Campaign for Safe, Decent and Affordable Housing and the Northeast Central Durham Leadership Council. I have worked as a community organizer for the past 22years. I’ve worked as a organizer for the Durham Housing Authority and then for Durham Affordable Housing Coalition. I worked as a property manager for Moe Geo LLC and RDC Construction. I believe I have some ideals about community engagement and what it means to low income communities that might help with some of the issues facing communities all across North Carolina today.