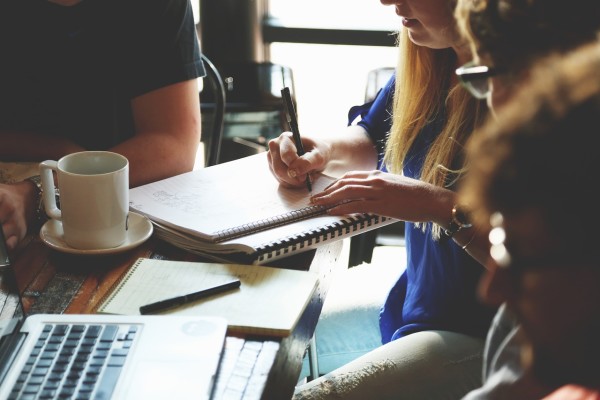 The nation is in the middle of a serious, sometimes heated discussion about law enforcement practices and procedures. The last year of news coverage has included disturbing accounts of violence that have left all sides looking for answers.

There are some 18,000 law enforcement agencies in the United States, and some are using local citizen advisory boards to establish and nurture relationships with their communities. There are several examples in North Carolina, including the City of Asheville, the City of Greensboro, the City of Burlington and the newest board in the Town of Knightdale. The Raleigh-area suburb is starting a police advisory board in January.

“Our primary purpose for this is seeking citizen input to make sure our community policing initiatives are addressing real needs and solutions,” said Knightdale Police Chief Lawrence Capps.

A citizen advisory board is typically a relatively small number of citizens or other stakeholders who work with a department in several ways:

Generally, these boards have some influence, but policies are still made by the agencies with guidance from elected officials such as councils and commissions. It’s not uncommon for board representatives to appear before elected officials to encourage adoption of projects on which the parties have worked together.

The number of participants varies as does the time of service. Most participants agree to a two-three year term. In most cases, the Police or Sheriff leadership will determine who serves. People with extensive criminal backgrounds and registered sex offenders, for example, aren’t likely to be included.

Looking for People Willing to Serve

Knightdale is looking for applicants now as it builds is first policing advisory board.

“We’re specifically seeking involvement from the local clergy, residents, and business owners to form a board that is representative of the community at large,” said Chief Capps. “The selection process will focus on identifying representatives from each of these groups and on placing an emphasis on the involvement of young adults as stakeholders.”

Young adults who are building their careers and starting families aren’t always eager to volunteer on citizen boards, but they’re important in Knightdale because of the community’s youthful demographic.

In Burlington, Chief Jeffrey Smythe is making substantial changes to the city’s traditional police advisory board model. Created about 15 years ago, the board had evolved into a group that was supportive, but not necessarily challenging.

“It wasn’t living up to its potential,” Smythe said.

After a series of community meetings, the chief recognized that the while the people of Burlington valued the existence of a citizen board, they weren’t quite sure what the role and authority of such a board would be. With this insight in mind, Smythe is working on a plan to recraft the board into a body that provides officers better insight into the population’s priorities. The plan will include concrete expectations, better defining the board’s role. He also hopes to cast a wide net for participants; in addition to traditional communication channels, he has reached out to the local NAACP office and a group that focuses on the rights of Spanish-speaking residents.

“I want something that creates some level of accountability to enact the wishes of the community and some input from the citizens on what they want going on with their department,” Smythe said. “I believe in trust through transparency. We currently offer a citizens academy, and ridealongs. We want to open our doors. We believe that builds trust, collaboration, and ultimately a lower crime rate.

Smythe believes that nurturing relationships with the public now will yield benefits the next time a difficult or polarizing situation pops up. Board members, who feel that they’re engaged with the department, would be able to quell unrest.

“Citizens should impact the culture of their police departments,” Smythe said. “We ought to reflect the values of the community we protect. We can learn what they want and eventually adopt policies and procedures that represent what they want.”

Advisory board members enjoy some benefits for their service; they get a closer look than most at how these agencies work and they have some influence over how their community is served. Still, cities and towns often struggle to attract participants.

If you think serving on such a board would be beneficial to you, check the website of the agency that interests you. It should include an application or other directions to make the process simple. If you don’t find the information online, contact the Town Clerk. S/he is often in charge of volunteer applications.