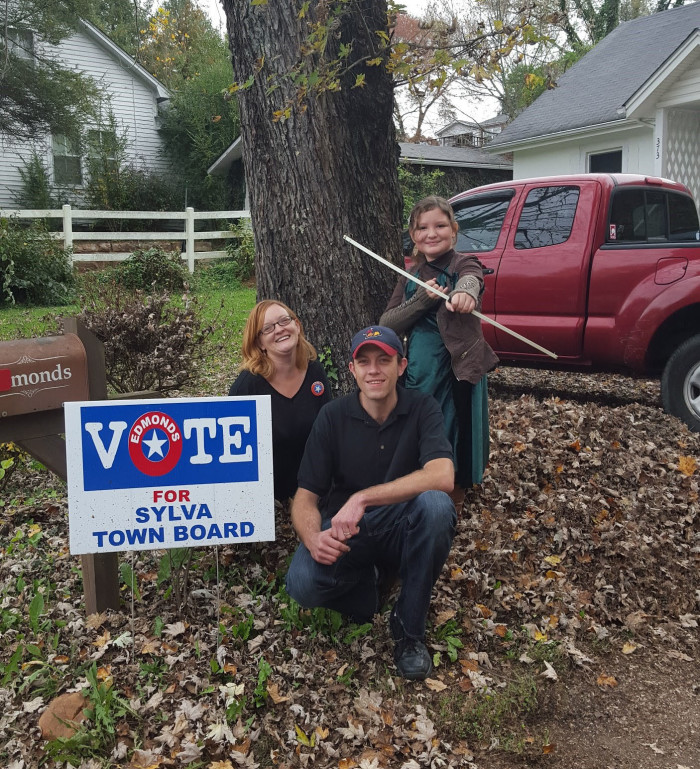 My colleague Melody Warnick wrote an excellent post recently  about the unique role of local elections in communities. I was so pleased to read it, recognizing myself in the lady she writes about who comes huffing and puffing up her driveway to ask her to vote for her husband for sheriff.

My husband is running for a Town Board seat in the small town where we live. It’s a non-election year, so we’re expecting about 200 people to actually vote – a little under 10% of the town’s population. We’ve made a few yard signs, put out some postcard flyers, and set up an email account…but in small town elections, it’s the other, less professional engagement activities that make local elections so different and so fun.

That’s why I believe it’s important for more people – especially younger people – to rethink local government and how they can contribute.

Local elections in smaller communities used to be dominated by name recognition, especially in rural areas where the populations barely changed over the years. Now, however, with more people on the move and more people seeking out small towns where they can escape the hustle and bustle of city life, name recognition isn’t all it used to be.

Instead of paying for mailings and taking out billboards, candidates have a unique opportunity to talk to people face-to-face. We discuss issues with people at our favorite local brewery, chowing down on food truck burgers and hearing what people think about the state of town sidewalks and the cost of parking studies. My daughter and I wear big buttons to work and school, and she delivers cookies we just made to the neighbors and reminds them to vote for her stepdad. We go on long walks around town, stopping in at our favorite pizza joint, our gas station, and our grocery stores. (As you can see in the picture here, we even take pictures on Halloween with our Katniss Everdeen and hand out candy with election day reminders on them!)

This face-to-face campaigning is something that’s critically missing from federal and state elections, which target huge populations who rarely ever see the candidate’s face except on the screen or in print. It’s a completely different context when a local candidate has conversations with people directly, in the same spaces where they both live. More than the benefit for the candidate, though, is the renewal of interest it brings in local government. The most frequent question we are asked is “So, what does the town board actually do?” Local candidates actually play a critical role in educating citizens about the role of local governments, how they work together, and what separates them from state and federal governments.

Having that conversation in person helps people to understand that local governments have a real impact on the services and programs they use every day – the parks, roads, schools, gyms, pools, sidewalks, and trash services they take for granted. Whether or not a local candidate wins may be less important than the impact he or she has on their community while they’re campaigning – because they are educating others about ways to become involved in the governance of where they live.