I am a long time consistent voter – one of the ones that even shows up for primaries in off year local elections!  Perhaps that is not surprising since I am a political science professor.  But what might surprise you is that I had never volunteered for any “on the ground” election activities like poll greeting, poll watching, or poll assistance.   This year I decided to do that, in part because I was expecting my students to engage in some kind of political activity for class and I thought I ought to do what I was expecting them to do, and in part because I was concerned about claims that the election system was” rigged” in some way (I heard this claim from both sides of the aisle).  This blog post is a reflection on what I learned and experienced when I left the “ivory tower” and volunteered as a poll observer on election day.

My poll observer experience on election day was depressing and exhausting and highlighted for me the very real need to reform and update our methods of running elections.  Every level of government ought to be thinking about this, but it seems that local governments and boards of elections could take some initiative in making it easier for registered voters to actually vote.  After a day at the polls on November 8, it isn’t any wonder to me that same day registration/early voting has become so popular among voters across the political spectrum.  A system run by often inexperienced volunteers, that cannot efficiently process the voter registration applications of those who go to the trouble to try to register, and that cannot figure out a way to efficiently handle changes of address for registered voters, is a system that will continue to lack legitimacy in the eyes of too many voters across the political spectrum.

In the precinct where I served as an observer, there were three women who volunteered to be election judges.  They came in at 6 am that morning and didn’t leave that evening until after 9 pm. Needless to say, they were physically and mentally exhausted by the end of the day.  The chief judge was doing it for the first time.  One of the assistants was also brand new and the other had done it once before.  Each of them 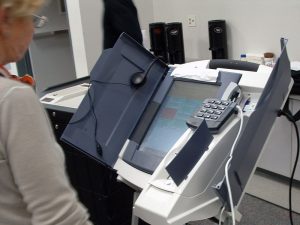 was well meaning and wanted people to be able to vote, but none seemed to have a firm grasp on the rules governing many of the situations voters presented to them. Less than a week before the election a federal district court judge ordered a special provisional ballot for voters who claimed to have registered at the DMV but who never received their voter registration card (http://www.wral.com/court-dmv-failed-to-register-voters-properly/16172403/).  This ruling came after poll judges had been trained so they received the information about what to do with these voters the night before the election in Forsyth County.   As an observer, I sat next to the chief judge all day and watched as she tried to explain to people who thought they had registered at the DMV or at their social service agency why they could not cast a regular ballot.  I watched tired moms who had just left work, picked up their kids at daycare, and come to vote being told that they were registered but that they had come to the wrong precinct because their address had changed since the last election.   I saw the judge turn away high school students who had turned 18 and thought they had been registered by someone who came to their school but for whom the county had no record of registration.

What are the messages these people took away from this experience?  Some were resigned, assuming it was because they were members of minority groups and they believe the state doesn’t want them to vote.  Some were angry, assuming that they were encountering exactly the kind of “rigged” system that their candidate had warned them about.  Others were determined, asking for the address of their correct precinct, typing it into their GPS and heading out again to stand in another line.  On two occasions, this last situation resulted in them being sent back to our precinct because the chief judge there said the chief judge in our precinct got the law wrong.  Back they came.

Is this any way to run a democratic election?  We live in a society where our every move, every purchase, and every visit to a website can be tracked.  Is it really not possible to use some of that same technology to make moving and voting a seamless experience rather than turning people away who have demonstrated their commitment to voting by registering in the past?  With all the talk and claims about people voting illegally (with no evidence) why aren’t we more upset about the people who have registered but can’t vote, or who are forced to cast provisional ballots that may or may not be counted,  because of arcane rules about in-precinct voting?  Why aren’t the DMV and social service agencies following through on their legal obligation to help people register?  In January 2014 the president’s Commission on Election Administration issued a report on the challenges facing local communities in administering elections. It included a list of best practices that could make registration easier,  update equipment, facilitate address change, and reduce lines at the polls.  The report acknowledges that the need to provide support for local elections offices AND the low priority this seems to have in state and national legislatures. 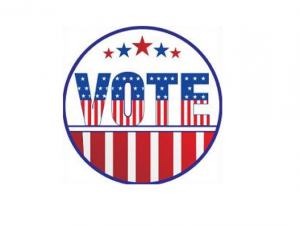 Based on my observation on election day, it may be true that the system is “rigged.”  But it appears to be “rigged” against people who don’t own their homes, who move with some regularity within the same town, and young people (who often fall into the previous categories).  What can community organizations and elections officials do to remedy this? While access to the vote has become tied up in the partisan polarization that characterizes national politics, I can attest to the fact that the application of the in-precinct voting rules did not discriminate on the basis of party affiliation – I saw it keep potential Trump supporters from voting almost as often as it kept potential Clinton supporters from doing so.  It’s time we stopped writing our election rules based on partisan assumptions about who they benefit and started working together to provide access to the polls for all eligible voters.  The legitimacy of our election outcomes depends on it.

One Response to “Is this any way to run an election?”