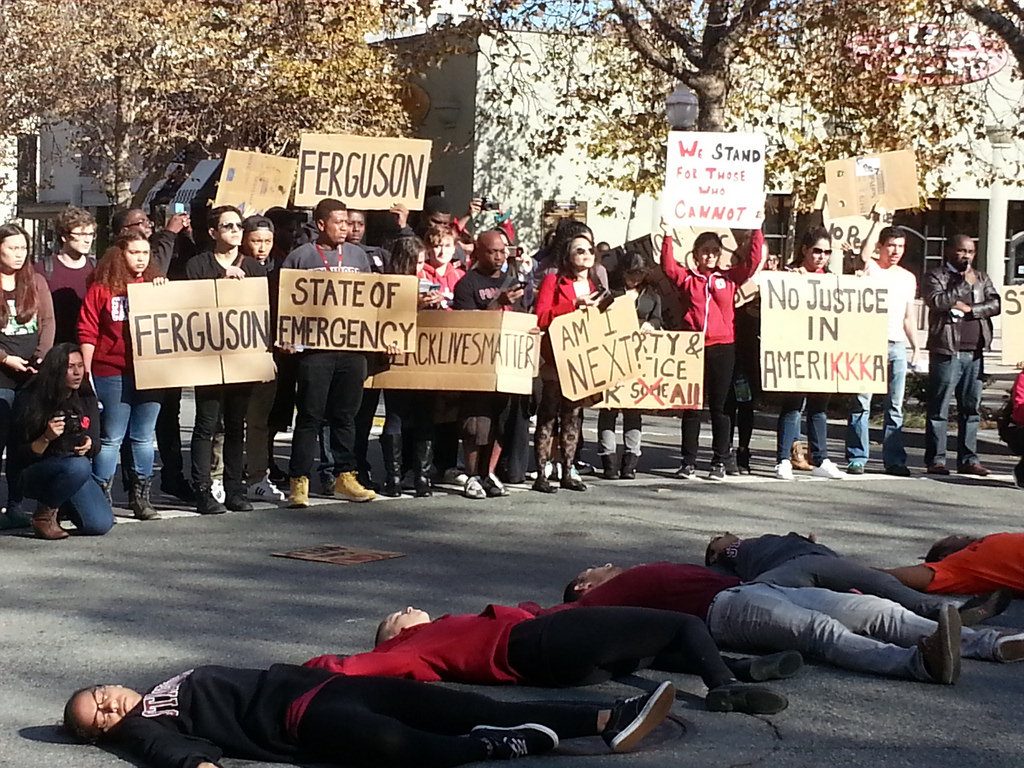 This blog is about “civic engagement” when most engagement is considered “normal” or “orderly” efforts to hear citizens and respond to their needs. Is there a sharp line between political protest and civic engagement? Is there a useful way to address the protests about police killings?

Protests about the deaths of Michael Brown in Ferguson, Missouri; Tamir Rice in Cleveland; Eric Garner in New York – and others– have taken many forms. Groups of North Carolina residents responded in several towns to the decision of a grand jury not to indict Darren Wilson, the Ferguson police officer who killed Brown; and the decision of a NYC grand jury not to issue charges against the police officers who arrested Eric Garner. For example:  Asheville, Charlotte , Durham (and in mid-December, Durham mayor reminds citizens of protest rules) and Raleigh.

Here are my thoughts on civic engagement as political protest.

First, the idea of civic engagement is not held or owned by government agencies. Various religious, civic, social, neighborhood and other efforts engage, mobilize and direct concerns to elected and appointed public officials. Engagement does not have to be orderly to be “acceptable” or important.

Second, I think more learning occurs through peaceful engagement. Peaceful does not have to mean “quiet” or “nice”: there is a long history of nonviolent action, which is seeks to raise awareness of injustices and the need for change. This blog asks for exchange based on honest, respect and courtesy.

Third, I believe some of the flashpoints for peaceful and violent protest have come out of how citizens are or are not represented, and whether they feel they are heard and respected day to day and year to year. While the community conflict is not only about racial factors, the differences between the population of Ferguson – majority black – and Ferguson’s town council and police force – mainly white — may be indicative of a disconnect. Civic engagement as dialogue that is mutually respectful and educative is only one avenue for how people raise their concerns, and how government officials in power respond.

Fourth, while there are the violent forms of protest – namely, people being hurt or property harmed — and the “peaceful” demonstrations which do not disrupt traffic or normal activities, I see a gray zone of what is variously labelled as civil disobedience (e.g., blocking sidewalks, roads or buildings), confrontation, or direct action. Arrests have been made in some of these circumstances.

As much as some citizens may view confrontation or “disruptive” protest as unproductive, or needlessly divisive, it is sometimes a step to raise awareness – and gain media attention – that then can move toward specific proposals for dialogue and change. Examples from the 1960s, 70s, and 80s come to mind: “disruptive” protests on nuclear weapons, civil rights, women’s rights, and response to HIV/AIDS.

What do you think? Is there a good way to draw a line between civic engagement that is good for a community or nation, and violent or disruptive protests that are not?

One Response to “Is there a sharp line between political protest and civic engagement?”