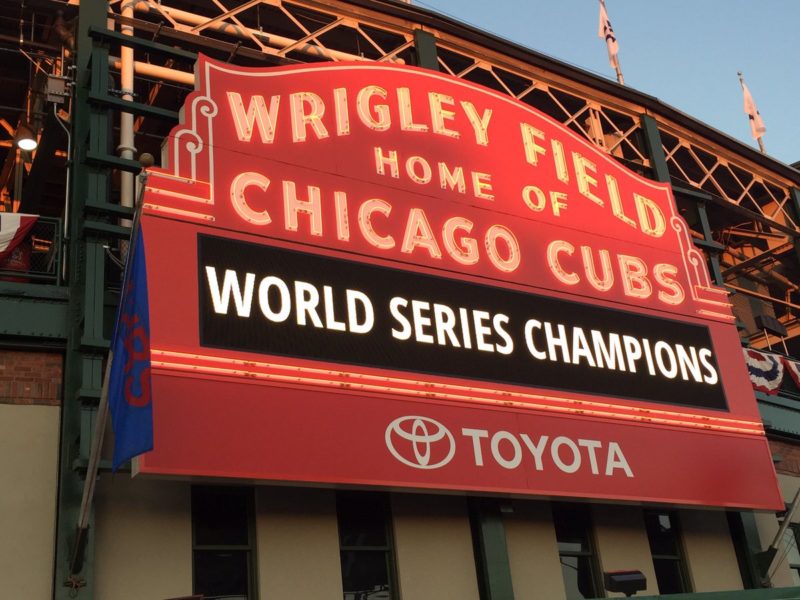 Here’s the question: is there a way to capture the passion of sports fans for the work of community engagement?

Put another way: are the goals and interactions of people who care about – and even are passionate – about their neighborhood or other community fundamentally different from the commitments of fans to their sports team?

So, the Cubs winning the World Series is a big deal to me. There was the history of failure and near misses. The legends of curses. The hope of building a good team. And the excitement – and relief – of triumphing in the tenth inning of the 7th game of the World Series. All wonderful stuff (Sorry, Cleveland Indians fans).

This seems a long way from a stream clean-up, a neighborhood crime watch or a recreation league. Most community engagement is pretty local. The “sports heroes” are your fellow neighbors, not some highly paid athlete who jets across time zones. And the wins and losses on community challenges can sometimes be a lot fuzzier than for a baseball game of “Three Strikes and You’re OUT!”

On a similar track about community, big events, and emotions, I want to note a connection to communal grief related to mass violence, as blogged by Melody Warnick.  Melody focuses on the other end of community emotion and commemoration: Have you ever participated in a candlelight vigil in your town or another kind of community mourning ritual? Did it help?

I will focus on the passion around sports: striving, hope and happiness. Is there a way to transfer or “inject” some of that kind of passion into community engagement? 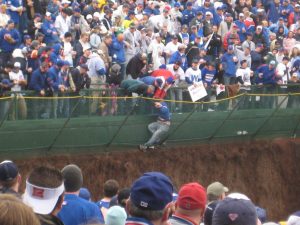 The simplest answer is “No.” Fandom is irrational and a roller-coaster of emotions. Why do people care so much about games that do not affect their life? We (fans) choose a team (often by family inheritance or other happenstance) and root for them. Why do we do it? It isn’t to do something that benefits a community in a way of doing service to others. It is often selfish – I want to be a winner through my team. Why would we want this to motivate – or infect – community engagement?  It seems much too volatile.

The moral equivalent of war. In a 1908 lecture, American philosopher William James wrestled with the idea of promoting political unity and civic virtue in the absence of war or a credible threat. A focus on national unity is a long way from local community engagement, but the question of how to do this without relying on an external threat has a parallel to sports teams and their fans.Sports is often compared to war and struggle. Part of being a fan is sympathizing with your team’s losses (casualties) and victories. James’s idea was to pursue “civic virtue” through a national service that would conduct “warfare against nature.” One commentator says  that James’ thinking is the inspiration for all U.S. service programs outside the military: from the depression-era Civilian Conservation Corps, to the Peace Corps, VISTA, and AmeriCorps  (and, similar efforts outside government, like Teach for America and Code for America).

So, the two ideas could be seen as opposite answers.

What do you think?

2 Responses to “Inject the Passion of Sports Fans into Community Engagement? Yes or no?”