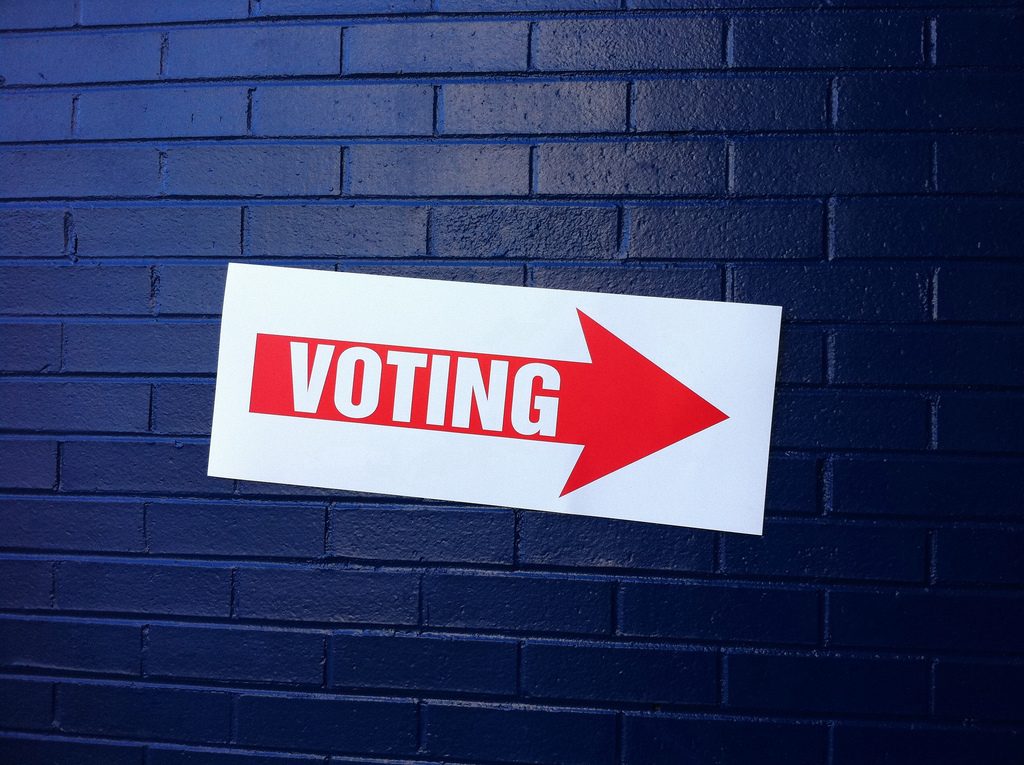 I’m glad to introduce Jake Gellar-Goad, who is a Program Specialist and a founding member of the Wake Forest University nonpartisan voter engagement committee Deacs Decide.

I was participating in a voting rights conference a number of years back where I heard from the Mayor of Takoma Park, Maryland about how their city experimented with letting young people under 18 cast votes in local elections. And guess what? It worked!

Now sure, some of it may have been the novelty of letting young people vote, but from what I heard, the young voters were participating at higher rates of voting than most other age groups of voters. And when you think about our current system—how we wait until people turn 18 and often leave the communities they’re connected with to start college or work—the Takoma Park experiment kind of makes sense. People vote when they feel connected to the communities they are voting in. And that tells me there are two important solutions to getting young people to vote.

One is getting them started young, so they build the habit while they’re still in the communities they consider home. North Carolina is not a strong home-rule state, so it makes it a little harder for our municipalities to follow in the footsteps of our friends in Takoma Park. We are fortunate, however, to have pre-registration in North Carolina that allows 16- and 17-year-olds to register early, so they’re automatically ready to go once they turn 18.

From personal experience, I can share that nowhere else in this great state can you register more people in an hour than at a North Carolina high school, where people are aging into being eligible to vote. Okay, citizenship ceremonies are pretty great for it, too, when you have a large group of people first becoming eligible. But otherwise, you’ll never beat that by working a table outside a sporting event, community picnic, or big-box store. And I should know. I worked a lot of tables last year, and registered over 100 voters. In fact, I worked for 5 years at a voter engagement nonprofit Democracy North Carolina and never beat the kind of numbers I got in high schools just by simply passing out a few “I registered to vote today” stickers!

The other solution is getting young people connected to the communities they are in now. In North Carolina, college students have the option of registering and voting where they came from or where they are now. I’m a fan of encouraging students to be present in and invest in where they are now and vote at their college homes.

I believe universities should strive to have guest speakers, film screenings, and candidate meet-and-greets to educate and connect students to the towns they live in. And not to shy away from the topics young people are engaging with: racial justice, immigration, queer justice, gun violence, climate change, and so on. That’s why I was so excited to be one of the founding members of Deacs Decide, a nonpartisan voter engagement effort at Wake Forest University, doing just that in the 2018 election.

Those efforts are being complicated by the implementation of a new voter ID requirement. The ID deadline came up so quickly that many colleges and universities were unable to qualify, including Wake Forest. One of the most onerous requirements in this law is making universities shift from having photos provided by the students to having universities take those photos themselves, and having that in an ID that is ready to go as soon as the student enters campus and needs to start using the ID for meal swipes, building access, and the myriad of other uses ID cards have these days.

For the past two years, I have worked as Program Specialist at Wake Forest in an office that supports many first-generation students, students of color, rural students, and low-income college students, and I am particularly concerned about their access to qualifying IDs. While there are methods out there to get qualifying IDs, that’s just one more hurdle that these students have to face that other students can take for granted.

I call on university administrators and leaders to work on helping their students get qualifying IDs, and at the same time to lobby the state legislature for more accessible student voter ID rules such as those found in House Bill 646.

So when I say, “maybe the problem isn’t them, maybe it’s you,” I mean all of us who aren’t young voters any more. When the “Royal We” set the terms for young people voting as something they have to do after they change the communities they’ve known, require IDs they may not have easy access to, and then don’t put early voting sites on many college campuses, it’s no wonder why young people just don’t vote. But when we set the conditions right, we do see higher youth voter turnout. I would love to hear in the comments about successful youth voter engagement in the communities and campuses you’re connected to.

11 Responses to “Have you ever wondered why young people just don’t vote? Maybe it’s not them, it’s you.”