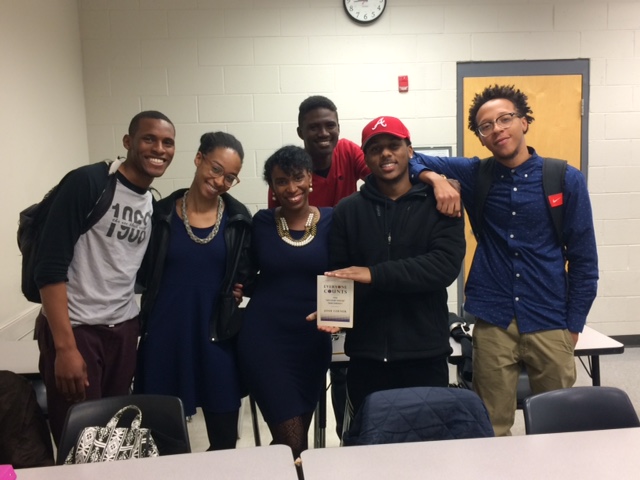 Greensboro is the first city in the southeastern U.S. to try a model of outreach on city budget decisions called participatory budgeting (PB) http://www.participatorybudgeting.org/.

First used in many Brazilian communities, and more recently used in St. Louis, Chicago, Boston, New York and Vallejo (CA), PB in Greensboro is occurring through May 2016, with a recommendation to the City Council in time for their action in June on the Fiscal Year 2016-17 budget (FY16-17).

An overview, with short videos, is available at www.greensboro-nc.gov/pb.

The main steps are:

Each of the five council districts in Greensboro has reserved $100,000 in FY 16-17. Participants in those districts will gather and decide how to spend money from a list of projects in their district.

Right now, groups are learning about the PB process and beginning to generate ideas for how to spend the money in their respective districts. Community members can also submit their ideas on ideasgreensboro.org.

Two of the leaders of Greensboro PB are Ranata Reeder and Wayne Abraham. They offer answers to three questions:

Greensboro is doing PB because a group of dedicated community volunteers wanted to bring it to the city. They worked with other community leaders and residents and city council members over four years to make it happen.

Greensboro City Councilmembers recognized the positive aspects of PB, that it increases democratic participation in government. As the Mayor Pro Tem said, “This is a community deciding not a committee.” Even the White House held a national conference on PB https://www.whitehouse.gov/blog/2014/06/02/promoting-innovation-civic-engagement-celebrating-community-led-participatory-budget that two councilmembers attended along with two community members.

Ranata: The neighborhood assemblies are going well. We have strong engagement numbers, and most importantly we have community members who are enthusiastic about engaging in this process. Preliminary research data on the idea collection phase confirms diverse participation and enthusiasm about PB in Greensboro.

Wayne: They have gone very well. Normally when the city council and staff have budget meetings in the districts they might get a total of 50 people to come in all 5 districts combined. PB has so far gotten 1,095 people engaged, most of whom that never before took part in addressing the city council or attending some kind of meeting.

Ranata and Wayne:  Budget Delegates started orientation December 14th. They will meet with city staff, form subcommittees and sort through the more than 600 ideas put forth. Next, they work on converting ideas that are feasible into projects. This “creating projects” phase will last January-March 2016. Finally, projects will have a “price tag” for the public, district by district, to vote on in Spring 2016.