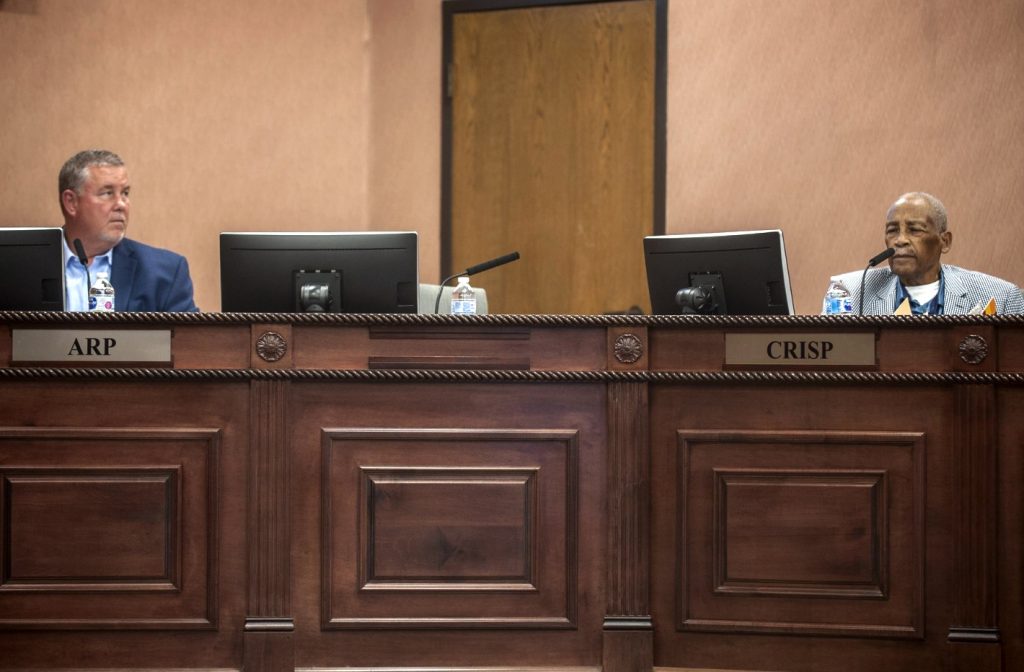 Photo: Where Councilman Tyrone Williams sat until his May 2018 resignation. Credit: Paul Woolverton, The Fayetteville Observer

“It is now clear to me that the facts of what happened don’t matter as much as perception,” said Williams in the letter.

In the letter Williams maintained his innocence, took shots at the media and various other community members. While all signs pointed to a dug in, trenched out, defiant stance toward resigning, to everyone’s surprise he threw in the towel, sparing the city council a long arduous process of removing him.

The council discussed the process for replacing him and sought applications to fill the seat.  I differ from many people who argue for what matters most in the who and how of filling this seat.

The plan was to receive applications, present them to get feedback from residents of District 2, vet the applications, and subsequently council would vote. State law prescribes that City Council must appoint the replacement and they had to do so in 30 days, although the council amended it to 40 days.

The process was not without controversy. Many citizens believed that instead of the application process the seat should default to the runner up, in this case it was Dan Culliton.

Both of these arguments are, in a word, stupid.

Culliton lost, maybe for the reasons of the second argument, but it doesn’t matter. There should be a clear process.

Appointing the runner up could encourage political sabotage by a party or group of people to force their candidate into the seat despite having lost the election. Let us remember, we don’t even know if Williams committed any crime nor was he charged with anything. Automatically appointing Culliton without a process would’ve set a dangerous precedent.

Appointing someone based on their race and party line is equally nonsensical. It should be more about the person and their willingness to serve than any other factors. But these arguments set the tone for the entire process.

“We have allowed the powerful and privileged to control the city for too long and their DNA is all over this process,” said former mayoral candidate, Val Applewhite.

The appointment procedure consisted of two steps after public input was received. In the first round Culliton received four votes; Bradley three; and Moyer two.

So city council appointed a white, Republican, male to a 57 percent African- American district. Was this what District 2 wanted? I guess we will find out for sure one way or another next election cycle.

Culliton has a lot of minds to change in the meantime.