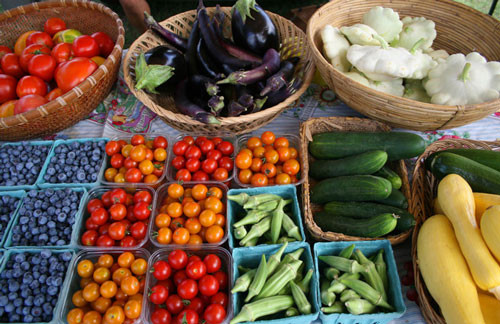 As spring arrives and we begin stopping by our farmers’ markets and roadside stands for the early local harvest, it’s a good time to revisit how community engagement is both limiting and expanding efforts to build stronger regional food systems. I will focus on an obvious – but all too often missing – link in engagement efforts: local farmers.

There’s a lot of information out there about how to engage the community in farm and food initiatives, even on my own organization’s web site: best practices for supporting farmers’ markets, the impact of CSA (community-supported agriculture) purchases, strategies for involving youth in the local agriculture arena, and building strong networks of diverse stakeholders. These efforts have raised the level of awareness about local food in many useful and relevant ways, increasing our communities’ participation in and understanding of the importance of regional agriculture.

But there’s one thing that we hardly ever see, and that’s the flipside of the local food movement’s engagement strategies: how do we make sure that the farmers who actually grow the food are being heard in these discussions?

All too often, decisions are made by diverse groups of stakeholders, but with little or no farmer representation. This can lead to expensive mistakes – such as grant-funded community kitchens that are hardly ever used – as well as to increased distrust between farmers and the government, nonprofit, and educational agencies that aim to support them.

It’s a problem we see in many communities – both urban and rural – as North Carolina struggles to keep its top industry healthy and sustainable. Agriculture brings in over $78 billion to the state’s economy, employs 16% of the workforce, and is one of the most diversified farming states in the nation due to its three unique climate areas of the mountains, Piedmont, and coastal regions.

Using the same strategies for engagement with farmers that we use to engage the community is simply not a good solution, and unfortunately, we haven’t found many better options yet.

There are multiple reasons for this. Farmers are, first and foremost, too busy to spend time sitting in meeting rooms, providing information in focus groups, or attending online webinars. It takes a lot of work to grow the food that we’re so focused on getting into our local markets.

That workload means that the people whose input we need are working from sunup to sundown every day, and that for much of the year – when it’s warm enough to plant or to harvest – they’re going to be unable to participate. That leaves a window of only a few winter months each year in which they have the spare time to participate in planning efforts.

Farmers are also often reluctant to participate in these efforts. Their vocation aligns with enjoying solitude, the absolute lack of the need to wear a tie, or the happy distance from the hustle and bustle of the office environments in which they’re usually asked to meet. Local food meetings are usually held in urban areas, requiring farmers to travel (sometimes for very long distances).

Some groups have tried to utilize online media as a way to remove the travel and meeting burden – but again, that comes from a generally poor assumption. Many farmers don’t have or use computers often, and many of North Carolina’s rural areas don’t have access to Internet at speeds that support these media-rich platforms.

Even worse, perhaps, are the occasions when those meetings are marketed in a way that disengages farmers from the beginning. Although it takes many components to build a successful food system, framing meetings around “what we need from farmers” (like more farmers’ markets to increase healthy food access, which they may not have time to participate in) isn’t a great way to start that conversation. Engagement begins with meeting people where they are – and in this case, with a focus on “what we can do for farmers” (training on new food handling regulations, for example, that doesn’t come with a heavy-handed, complex, or negative approach).

The local food movement in North Carolina is enjoying strong momentum right now, and many admirable efforts are underway to build better supply chains, support farmers with knowledge and training, and enable farmers to enter new markets. But with the swiftly changing federal and state regulatory environment, the fact that nearly 35% of all farming families are eligible for SNAP benefits because they make so little, and the increasing need for local product that this movement has produced, it’s more important than ever that we begin to get creative in engaging the farmers in this conversation.

Besides, working with farmers in a productive and engaging way might be the prettiest and tastiest trip we’ll ever make when we talk about “meeting people where they are.”