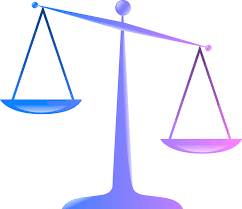 U.S. Supreme Court Chief Justice John Roberts highlighted the educational role of judges and other federal judiciary officials in his 2019 year-end report “State of the Judiciary.”

I’m glad to connect the educational efforts cited by Chief Justice Roberts with parallel work by UNC-Chapel Hill in general, and the School of Government in particular.

While there should never be a “knowledge test” for residents to influence their local governments, there can be positive steps to prepare everyone with solid, neutral information.

While most citizens and political commentators are focused on cases and decisions, the Chief Justice writes, “…the judiciary does a good deal more. The Administrative Office of the U.S. Courts, which plays a central role in supporting federal courts nationwide, has developed a wide range of quality educational products,  including online programs focused on the younger members of our communities.”

Mr. Roberts cites two other efforts outside the federal judiciary to promote civic education about the legal system. “My retired colleague Justice Sandra Day O’Connor helped to found iCivics, a non-profit that engages students in meaningful civic learning through free teacher resources, including video gaming.  (As they say, to reach people you have to meet them where they are.) Justice Sonia Sotomayor has picked up the torch in that effort.”

He continues, “The National Center for State Courts has developed innovative learning materials —including a graphic novel series  about how the courts work.”

I am glad to connect these efforts at the federal level to the School of Government’s efforts to support general citizens’ understanding of the state judicial system.

UNC-Chapel Hill supports a key resource for K-12 NC educators about government and civics in our state. Carolina K-12 provides

Knowledge of how things work in the judicial system is a key step toward thinking about how to change and improve our court system.

What other resources, groups or initiatives do you use for community engagement on the needs and challenges of the law enforcement and justice system?