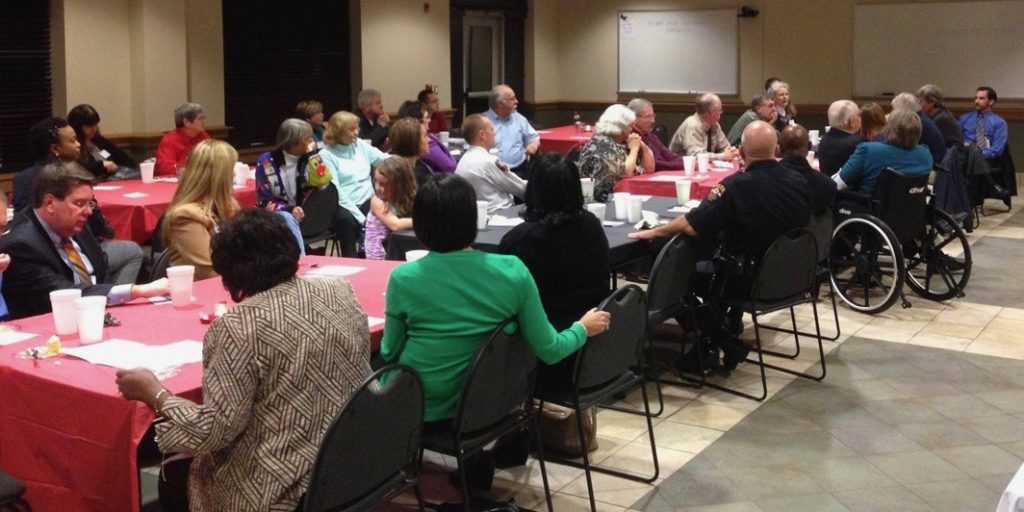 The City of Concord has one of the longest-running citizens’ academies in North Carolina, or even the United States, in its Concord 101 program, which has completed 16 sessions and reached over 300 participants. Since inception, the program has largely maintained the original format, yet adapted to expand both the content covered and the number of participants involved each year.

Concord 101 was one of several signature community outreach programs inspired by now retired City Manager Brian Hiatt within the first few years of his 19-year tenure. When the program started in 2002, the goal was to give citizens and first-hand look at City services, operations, and facilities. Elected officials and staff also placed a high priority on connecting citizens with the people responsible for services in order to establish community trust, and provide an avenue for feedback on services. Finally, the class was designed to cultivate future neighborhood and City leaders. Quotes at the time say it best:

“We hope that citizens will enjoy learning about city government in a fun atmosphere. This class is one of the City Council goals and every year citizens tell us what a great experience it is,” Mayor Scott Padgett said.

“This course gives us the opportunity to interact closely with our citizens. We want people to know who we are and what we do. We also want our citizens to give us input and take a more active role in their neighborhoods and our city,” City Manager Brian Hiatt commented.

The first few years of the program included 12 sessions and about 15 participants meeting weekly on Tuesday evenings. As the class became more popular a waiting list process was needed to manage enrollment each year. The class size also increased over time to 20 and then 30 participants, with a goal of maximizing the number of people involved without diminishing the experience. The length of the course grew to 14 weeks in order to fit in additional requested content. In 2017, nearly 60 applications led to the addition of a simultaneous afternoon session, with well over 40 citizens participating in the program for the first time. 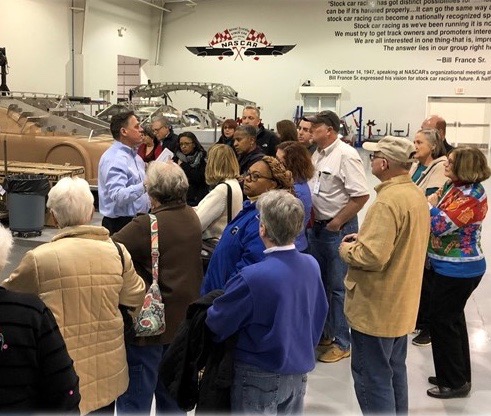 Program evaluations are an important part of the process and have provided useful information. For example, we know that people seeking out the class on our website and hearing about it word-of-mouth are the top two ways participants find out about the program.

Concord’s program features meeting in a different location nearly every week in order to expose participants to as many facilities as possible, an emphasis on interactive tours and presentations, and inclusion of several community partners each year. For example, in 2017 the NASCAR Research and Development Center near Concord Regional Airport was added to the lineup to give an inside look at a rarely-seen yet critical piece of the motorsports puzzle.

Each year the program culminates with a graduation celebration, where class members consistently share how positive the experience was for them. Graduates receive a charge from the City Manager to stay in touch and use this as springboard to continued involvement in the community. In addition to the event, accomplishments of the graduates are celebrated through publicity and a place on the Concord 101 “wall of fame” outside the Mayor’s office in City Hall.

The 2017 graduation even included the first ever selfie, as graduate Mike Anderson is a local photographer with a large social media following.

In addition to several graduates moving on to leadership positions in their neighborhood, many have served on the City’s appointed boards and commissions, and two of the seven City Council members are Concord 101 alumni.

Concord’s experience with citizens’ academies has been overwhelmingly positive. With minimal costs (the largest being the graduation dinner, otherwise some initial supplies and light refreshments each week) and teamwork from City departments who host the program each week, we have been able to provide an invaluable experience to hundreds of citizens went on to be better informed and more engaged in their community. Some participants openly started the class with a negative perception and experienced a change of heart about their local government. The benefits go beyond the graduates to those they encounter in neighborhoods, workplaces, and elsewhere who benefit from a cadre of local ambassadors sharing facts, information, and opportunities.

There is a wealth of additional information available at the School of Government’s Citizens Academies microsite, based on the research of Professor Rick Morse and others. For more information about Concord 101, visit concordnc.gov/concord101.

Peter Franzese (BA ’05, MPA 08’) is the Public Affairs and Projects Manager for the City of Concord. As an LGCFU Fellow, he completed the School of Government’s Leading for Results program in 2013. He enjoys spending time with family, aviation, UNC athletics, tinkering with gadgets, and home and auto repair.