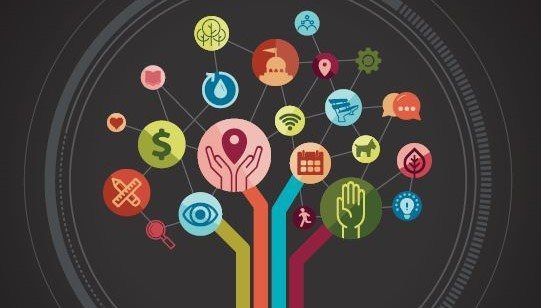 When we talk about infrastructure we are usually talking about things like roads and water pipes. But communities also need to be concerned about their “civic infrastructure.” A recent article by University of San Diego professor Keith Pezzoli defines civic infrastructure as “formal and informal institutional as well as sociocultural means of connectivity used in knowledge–action collaboration and networking.”

The William Penn Foundation suggests the concept of civic infrastructure links social and cultural capital in communities with built capital, in that public spaces in communities also can be understood to be an integral component of bringing people together and creating the kind of capacity for collective action that is what civic infrastructure is all about. A recent report by the foundation argues that “Civic infrastructure encompasses the physical spaces, buildings, and assets themselves, as well as the habits, traditions, management, and other social, political, and cultural processes that bring them to life—two realms that, together, constitute a whole.”

One way local governments have been working to build civic infrastructure is through offering citizens academies. These civic education programs, which for the most part are solely focused on learning about one’s local government, can be a very effective way to increase civic knowledge, increase and improve civic engagement, and build relationships between citizens and local government staff, as well as between citizens who otherwise would not know each other. Local government staff that run these programs report second and third order impacts of these programs so that a small cohort of, say, 25 people, end up impacting many more. This occurs in a variety of ways, but perhaps one of the most interesting is when citizens academy “alumni” act as unofficial ambassadors of the city, with their families, neighbors, co-workers, fellow congregants, etc. Individuals come out of these programs excited about opportunities to get involved with local governance as well as their newly formed friendships with staff and other interested citizens from across their community, and they often share this excitement and positive experience with others.

This effect can be thought of as accumulating dividends toward civic infrastructure in much the same way as regular, small deposits in an investment account over time can accrue and compound into an unexpectedly large nest egg. To the diligent investor, the effect of compounding interest can seem like magic. Perhaps the same can be said for citizens academies. While the investment may seem small, usually 20-25 people a year, the long-term return to the community’s civic infrastructure can be outsized. In Decatur, Georgia, a kickoff meeting for a community strategic planning event had many hundreds of people show up. One of the organizers observed that a good 75% of those attendance were graduates of their Decatur 101 program.

Communities that host citizens academies should be intentional about using their programs to build civic infrastructure. Just as the decision to invest in mutual funds will yield dramatically different results over time then putting the money in a savings account, building programs with an intent to build civic infrastructure will likely have greater payoffs than merely running citizens through some PowerPoint presentations by department heads. Here are few practices that many of the top programs are doing to really get the most out of their investment in citizens academies:

A slightly modified version of this post can also be found at the Community Economic Development in North Carolina blog.