We’re glad to offer some reflections here on the workshop Working with Citizen Advisory Committees and Boards we hosted at the School of Government on May 5th. The workshop consisted of a group of 28 very engaged participants from across North Carolina. These folks were a wonderful, diverse group: elected officials, city and county clerks, program managers, a council of government official, NC Cooperative Extension advisor and appointed members of citizen advisory committees or boards (we’ll use CABs here, for short). In other words, we had, in the room together, virtually all aspects of local government CABs: participants, staff support, and elected officials that create the CABs and seek to utilize their input.

We designed the workshop as a collaborative or peer learning experience. There was some traditional instruction, including excellent presentations by School of Government faculty Trey Allen on the legal aspects of CABs and Margaret Henderson on understanding the mindset of community volunteers. Most of the time, however, was dedicated to participants in the workshop learning from each other: identifying common struggles as well as promising practices.

Here are a few thoughts about the expected and unexpected parts of the workshop: 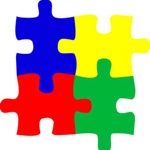 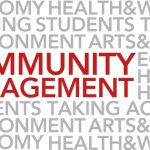 The bottom line is that CABs are ubiquitous across the local government landscape, yet there has been little systematic research on the topic. Local governments across North Carolina (and, presumably, the United States) dedicate a great deal of staff time to their maintenance, yet the results or payoff for that effort (by staff and by volunteers) is inconsistent at best.

The workshop uncovered or reinforced some promising practices as well as helped frame some of the key issues with CABs. These results will be presented in a workshop report which will be posted on the workshop homepage by the end of July, 2017. We plan to use the results of that workshop as a launching off point for further research into a practice that begs for more systematic research.

If you have suggestions on questions we should be asking or practices that seem particularly promising, please share them in the comments section below.