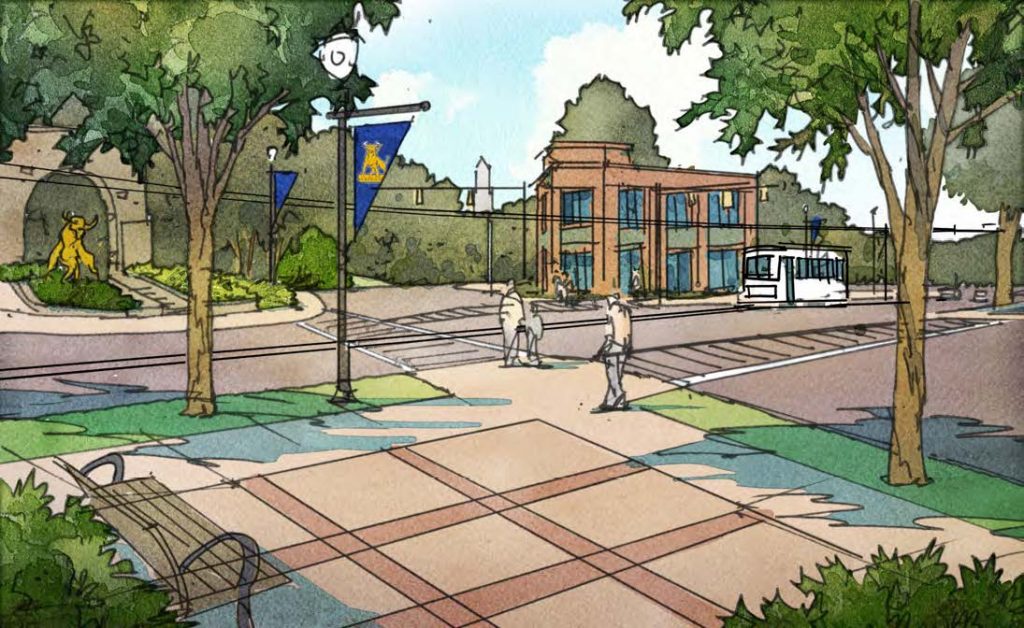 Charlotte’s West End is among the oldest and most culturally rich areas of the city. With neighborhoods dating back to the late 1800’s, this area has served as a hub for the African-American community for generations. From long standing community service organizations to educational institutions such as Johnson C. Smith University to more than 330 acres of greenspace, there is a strong community built on Charlotte’s west side and many people invested in its future.

For all the positives, many issues remain. High unemployment, low income and educational achievement as well the need for additional housing units and retail space are issues that longtime residents know well.

“I can remember growing up in this neighborhood. We had a lot of amenities we could walk to… We had a grocery store, a drug store. We had cleaners. I know what we have now is a lot of neighborhoods… but what I want most of all is for us to be a community again,” said resident Dorothy Counts-Scoggins.

These factors have made the West End, specifically the West Trade/Rozzelles Ferry area, one of six communities selected for the City of Charlotte to make strategic investments through its Comprehensive Neighborhood Improvement Program (CNIP).

CNIP is a program within the city’s Community Investment Plan, a long-range capital investment program designed to keep pace with a rapidly expanding population, replacing aging infrastructure and improving quality of life.

While community engagement is not a new component to the process for selecting projects, CNIP was developed with the idea that city staff could make a more conscious effort to engage residents as early as possible to identify how they want to see their communities grow. CNIP is built on the principle that the city can build streets, but it takes residents to build a community.

Throughout the CNIP planning process, area residents readily and enthusiastically became a crucial part of enhancing their community. The project team worked closely with land owners, business owners, neighborhoods and City and County agencies to determine what they need in their communities and what projects would act as a catalyst for transformation.

Instead of starting with potential projects to be evaluated, the project team started with history of the area. They reviewed previous city area plans and studies, interviewed key stakeholders, engaged local agencies and neighborhood organizations, performed an in-depth market analysis and held more than 60 public engagements and reached over 470 individual participants.

This holistic approach to community engagement also allowed project staff to utilize more inclusive techniques to gather community input. A community learning workshop was held where more than 100 participants were asked to select their top three priorities from the six CNIP goals. Attendees were also asked to provide specific recommendations on infrastructure improvements. The team also held a three-day charrette where members of the community worked with the project team to identify key opportunities and locations for building new infrastructure and attracting additional investment to the West End.

The culmination of this work resulted in the identification and prioritization of 23 individual projects that are seen as the most transformative for the community, encouraging additional investment from project partners and stimulating new developments. Projects range from realigning streets to building a community transit center to improving pedestrian crossings.

An additional 29 projects were also identified for future consideration and another 18 that although outside of the CNIP scope are opportunities to improve the West Trade/Rozzelles Ferry Area.

For a complete list of the projects selected view the West Trade/Rozzelles Ferry Playbook.

Community engagement activities will continue throughout the individual project implementation. Leading with people first, CNIP hopes to play a part in rejuvenating the community feel the West End was built on.

Sabrina Colón is a Communications and Community Engagement Specialist with the City of Charlotte. She is responsible for developing and executing innovative citywide initiatives aimed at educating residents on how local government works and connecting them to resources with the ultimate goal of empowering residents to take an active role in the process. Prior to working with local government, Sabrina worked in non-profit communications targeted at refugee resettlement, foster care and supportive housing. Sabrina received her BA in Communications from the University of North Carolina at Charlotte.

2 Responses to “A City Can Build Streets, But it Takes Residents to Build a Community”